Service Pack 30 for NRx® and RxCare Plus® is ready to go! 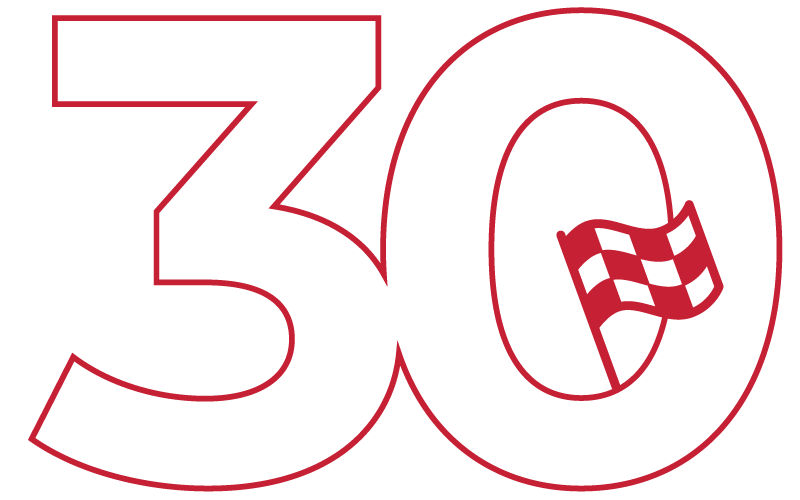 This information pertains only to Surescripts ePrescribing and does not include eMARs.

All systems are go for the new ePrescribing standard. We’re here to ensure your pharmacy is a leader in the January 2020 change to SCRIPT 2017071, which replaces current version 10.6.

Here you’ll find instructions for updating your system’s service pack version. You can also dive into details with the Insight article, blog series, and podcast that we’ve produced over the past several months to help explain the new standard’s potential benefits to your workflow and patient care. And be sure to check out the fun video!

1
Check About NRx under the Help menu to see the service pack your system is currently running. If you're not running the most up-to-date service pack, please continue to step 2.
2
Find and select the task/icon Check for QS/1 Service Packs (under the QS/1 programs on your Windows®/Start menu or pinned to the taskbar).
3
A message indicates when a new service pack is available. Double click the QS/1 icon.
Note: If a QAU is available for your system, the QAU will need to be installed before the service pack is available for download.
4
A window displays with options to Download Now or schedule a time to download later. Select Download Now and select the Download button.
Note: You may continue working while downloading since the process runs in the background. You can monitor download progress by placing the cursor over the QS/1 icon.
5
Once you have confirmation the update has downloaded, it must be installed. Select the QS/1 icon to see a window of install options.
Note: The QS/1 Server and Client shut down during the installation process. Consider setting the install portion to run after store hours because it can take significant time.
6
Select Install at: and determine a time for the update. Make sure this does not conflict with other after-hours work, such as system backups. (During installation, progress bars display until the update is complete.)
7
Once the updates are applied, check for any undelivered ePrescribing messages at Rx Processing > Mail > Mail Log (bottom of left vertical toolbar) > QS/1 Mail.
8
Then set the New SCRIPT (2017071) Format flag by checking the box under Store Control > Store Level Options > Rx Filling > Electronic Prescribing Options. 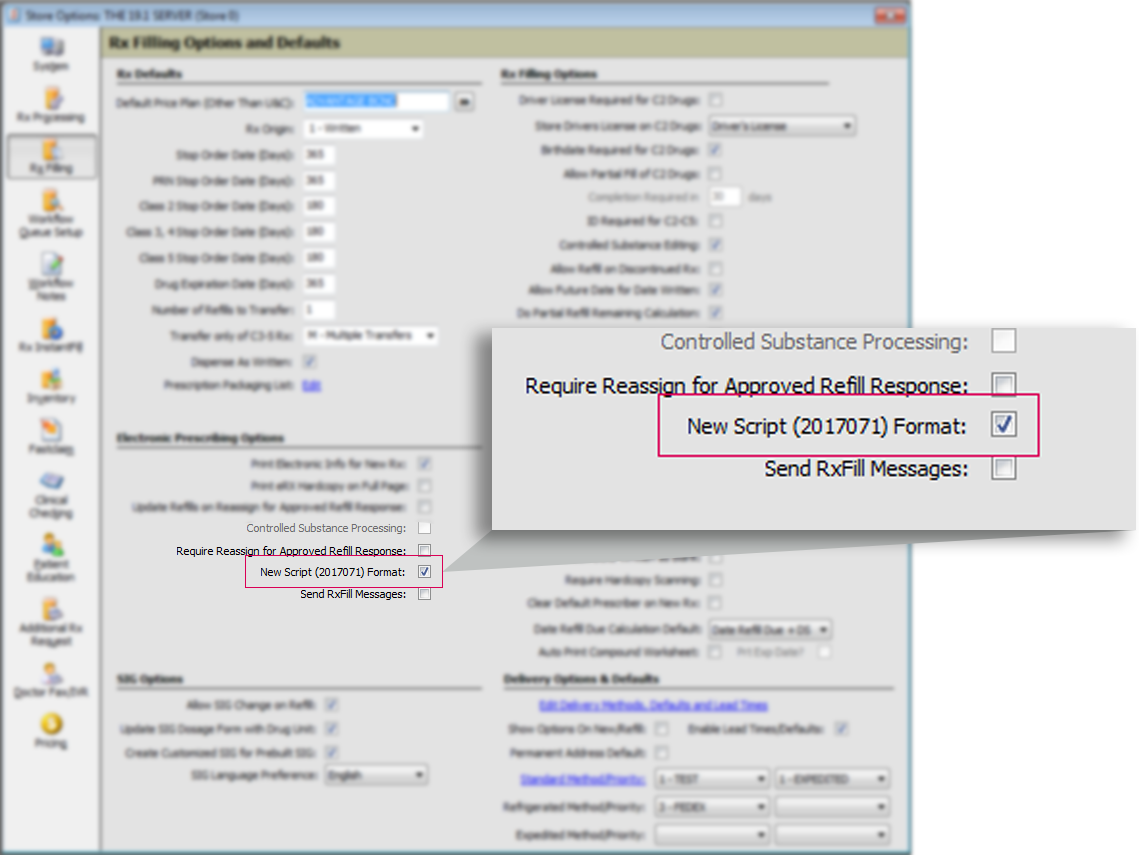 As you may know, eRx Network had direct connections with many EHR systems on SCRIPT version 10.6. eRx Network will not support the new SCRIPT version 2017071, so all of those EHR systems are in the process of converting to the Surescripts® network. At this time, eRx Network has not provided an ETA for completion of this conversion. In order for your pharmacy to send and receive electronic prescriptions in the new version of ePrescribing (SCRIPT 2017071), eRx Network ePrescribing was disabled to fax beginning Friday, December 20, at 5 PM EST.

Less than 0.001% of ePrescribing is conducted by eRx Network, but the usage of eRx Network will vary based on the number of prescribers in your area sending and receiving messages via eRx Network. Once all EHR/prescribing systems are updated to use the Surescripts network, prescriptions will be received electronically by pharmacies again. Please be aware that Prescriber Records previously using eRx Network will need to be updated to include the identifying information (SPI) from Surescripts.